Home » News » A VILLAGE IN GUJARAT, WHERE NO MAN LIVES, WHAT IS THE REASON?

A VILLAGE IN GUJARAT, WHERE NO MAN LIVES, WHAT IS THE REASON?

Bhavnagar: There are many stories in the history of the village being evacuated, but there are few instances of this around us. A similarly tinged village has been found at Ratan, between the village and the Agiyali village of Sihor taluka. There is currently no population, but only a snake temple.Bhaskarbhai Ladhava, the Talati minister of Agliyala village and Gautam Gauswamy of the village said that there is no house in Ratnapar. At present, the village has a revenue area above Chopra and it also has 126 land owners. Its custody is in the village panchayat of Tana. "There were about 12 small villages like Timba in the vicinity of Bhavnagar when the Maharaja built the arch of Bhavnagar. Out of which 11 villages were merged into the surrounding gram panchayat. While Ratnapur remained on the hill and is on a separate village chopra, there is no population to this day. Thus, Ratnapar village, located between Tana and Agali, in Bhavnagar district is quite populous but only one snake temple is located. 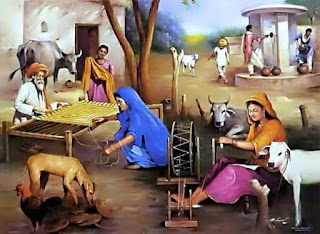 The previous 11 were dunes:Before Kangsadu, Kharadi, Nesado, Budhan, Meghnath, Vadian, Katod, Ambalai, Doal, Mahadeviya and Rangwad, there were 11 shrubs around Tana as well as Aigali. All of them, however, have fallen into tension. Whereas the only tombs on Ratan still exist as the village itself. Which is a Gram Panchayat group with a stem. But no one lives there, only the revenue is land.
Click Here:- ગુજરાતી માં જાણવાં અહીં ક્લિક કરોOld fossils are found in the soil:150 to 200 Vigha land is in Ratnapar. Although no one lives, still old bricks, old remains of buildings are still found from the land. That means that there would be many houses here before. The influence of Nagdev is seen regularly.